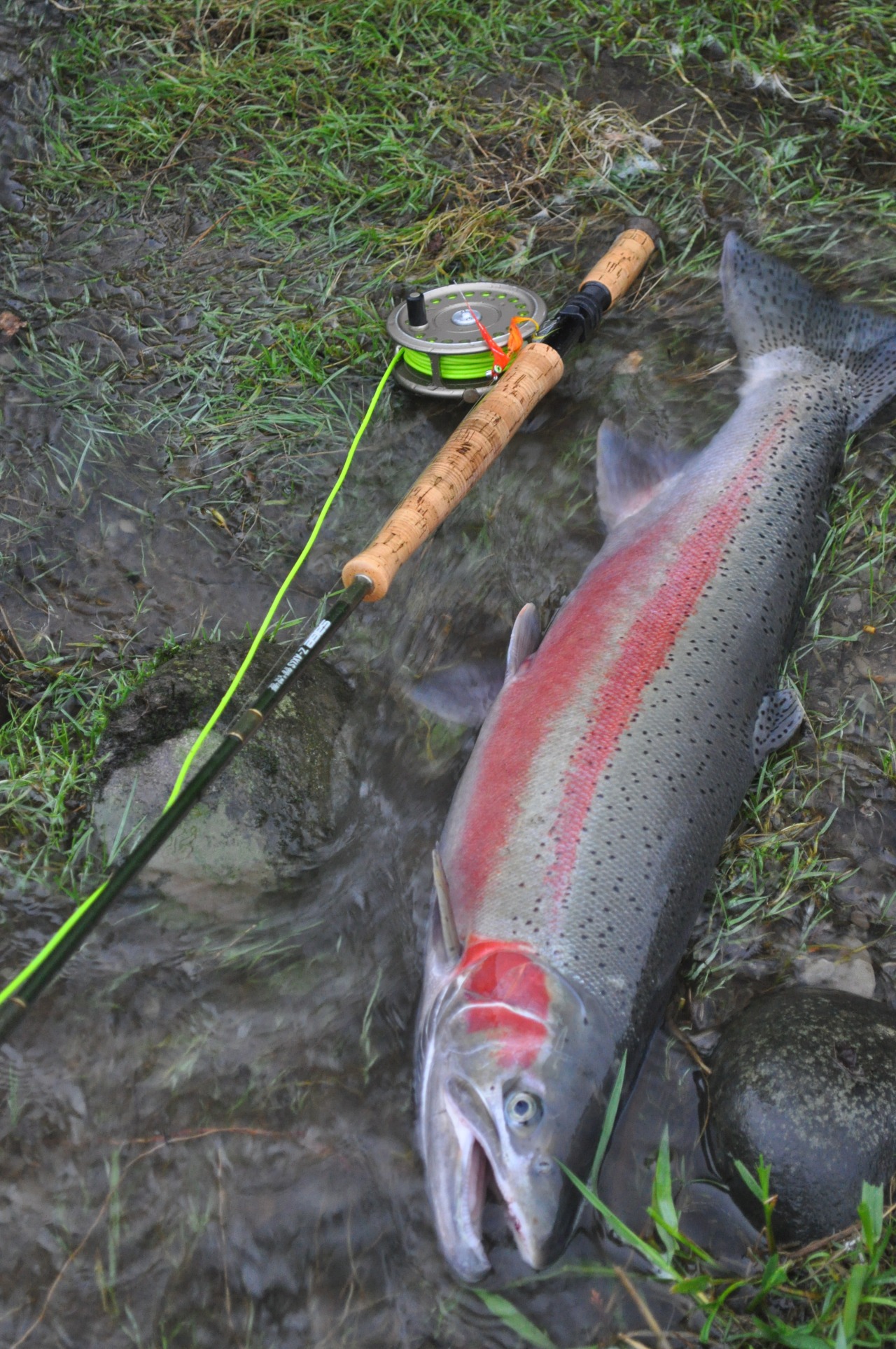 I have begun an experiment in my backyard.

A healthy population of dandelions has brightened up my green backyard over the past few weeks. Their cheery yellow faces open and close with the intermittent sunshine of the Oregon Spring.

I know from watching TV, and from the work of my neighbors in the old ‘hood, that these yellow smiles are the sign of an unkempt yard and a neighbor of questionable merit.

I live in a different neighborhood now and have a fairly private backyard – the dandelions and their sunny demeanor are mine – ALL MINE – to enjoy and ponder.

I have mowed my lawn a few times this spring – and taken the tops off quite a few of these hearty yellow flowers (or, weeds if you must), yet they persist and perhaps have even thrived. That made me curious about their survival characteristics.

When you look closely at the dandelion, you will see that it throws out its yellow flowers at a variety of heights and at a variety of times. The plant does not typically lay all of its cards on the table at once – and as my electric mower mulches its way across the small yard, each dandelion plant ducks and weaves and somehow survives the whirling onslaught. The sunny yellow faces are indeed perfectly suited and thriving in the green patch of my so-called yard.

I also have a teenage son who is a soccer player and who turns every space he occupies into a pitch. His rooms, my basement, the unfinished addition, our back yard, are all venues for his version of the beautiful game. He has called into question my grounds-keeping in the back yard as the vacuous dandelions cause slips and slides during his barefoot or stocking-foot Messi-like moves. In a brief consultation between my son – representing the home-soccer club, and myself – representing the owners, we arrived at a compromise. The ownership will begin upgrading the main pitch while allowing a less intrusive nature-scaping approach on the margins.

But rather than treating the dandelions with a chemical or some labor-saving manual weeding device, my strategy is to see if I can deprive the next generation of dandelions by hand-picking each and every flower-turned-white-puffball before it can deposit its light-as-air seeds typically set forth by the lightest breath of the wind.
My strategy will be – by necessity – a long term approach – a patient, methodical plucking of the flowers as they turn into the perfect white globes of the next generation.

The wild fish of our rivers have been running against the gauntlet of human progress since the Native Americans became efficient fishers and quite dramatically so in the face of tremendous non-native caused changes to their world beginning in the early 1800’s. Yet despite losing access to entire home watersheds and dozens of seasonal runs, wild salmon and steelhead persist in many of their ancestral home rivers. Remarkable.

Their survival plan is not unlike the dandelion.

Rarely do wild runs of salmon, trout or steelhead return at the same time to spawn or all to the same place. They trickle in at first – some getting down to business in the river right away well before their predators and neighbors are even aware – others return much later after the most of their kin have done the deed. You can typically fathom the so-called “peak of the run” when the local media outlets run their annual story of the salmon’s return to the river, airing footage of spawning salmon and battling male fish chasing each other around the gravels – a lovely wonder-of-nature story on the evening news with photogenic anchors whose sense of breathless amazement and wonder actually seems genuine.

The “peak of the run” is often timed with the natural combination of favorable water flow, available light of day and accessibility of the suitable spawning gravels. But each returning wave of salmon and steelhead, and even each group of trout, will sometimes face a catastrophic loss of those favorable conditions – a flood, a drought, unnaturally warm water, a chemical spill, poachers, predators, summer swimmers – even legal angling pressure – and many of those fish will fail to spawn successfully. If you compound this circumstance with unfavorable ocean conditions of a “El Nino” or “La Nino” global event – be it naturally occurring or human-caused – the wild fish populations can take a dive.

Fortunately, the wild salmon and steelhead do not all show up to the same rivers or same runs all at once. Some returned early and spread their eggs before the grass was even growing. Others come late and spawn successfully even after the carnage attracted to the peak of the run. Others are successful even in the midst of the predators seeking the low-hanging fruit of the middle of the peak – over-looked, on the margins, sneaky, lucky, and plucky – they spawn, they persist, they survive.

The dandelion and the salmon have a common strategy that is in tune with ancestral cycles of sunlight, moonlight, the winds and the tides. Most likely, my strategy for removing the dandelions in the backyard is but a momentary blip on the radar screen of entropy – of wild nature and wild things going random. I am pretty certain the dandelions will survive me and I am hopeful that the wild salmon, trout and steelhead will survive me as well.

3 thoughts on “Lessons from the Garden – A Tale about Weeds, Seeds, Survival and Salmon”